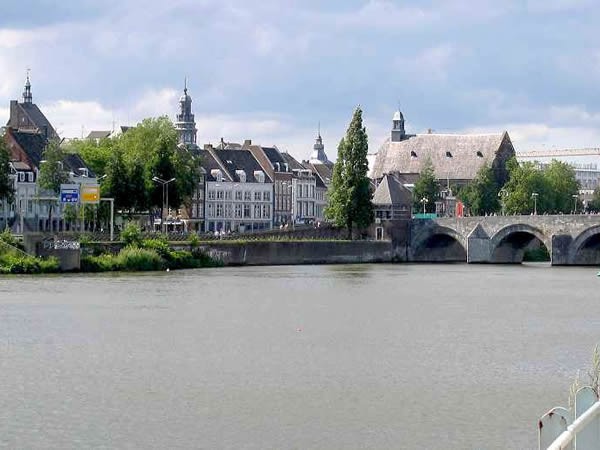 The Limburg capital is full of history and sights and is one of the oldest cities in the Netherlands. At a depth of 4 to 5 meters below the pavement of the Onze Lieve Vrouweplein are the remains of Roman Maastricht. The Romans had already discovered Maastricht early and if you stay in Bouteaque hotel you are on historical ground.

The Burgundian capital of the Netherlands has its own pace, it breathes relaxation the atmosphere of the time. Bouteaque hotel is located on Onze Lieve Vrouweplein and this magnificent square is the most convincing proof of this. German, English, French, Dutch and the Maastricht dialect; You are surrounded by a diversity of language.

Maastricht is therefore a stone's throw from the French-speaking part of Belgium, Germany is also very close. A weekend trip suddenly becomes a bit international.
Back on the square, the noise of the day slowed down, the tree deck on the square that filters sounds and saves the sunlight and with the special Onze Lieve Vrouwe basilica wonderfully close by. A typical day in the spring. Just mumble “ave” as soon as you pass the basilica, a good practice in Maastricht or Mestreech, as the Maastricht man lovingly calls his city. The good listener hears familiar violin sounds, which would be Maastricht ... a beautiful old city on the Maas with beautiful squares and streets and you are the shining centerpiece in the Bouteaque hotel.

Visit the Bonnefantenmuseum new style or be amazed by the special architecture in the Ceramique, cozy Wijck district or the historic city center. Thanks to the extensive walking and cycling areas in the nearby hinterland, Maastricht is a popular city for a weekend away. The hilly country, the Voeren region and Haspengouw, leafy and nearby.

The shopping enthusiasts can have a great time in the shopping streets and shopping centers and finally settle down in a chair of 1 of the numerous restaurants and bars. This offer is of an exceptionally high level in the Netherlands, so Michelin stars sparkle numerous. The hospitality of the gentle Limburgers remains a big plus ...

Would you like to stay at Bouteaque Hotel? You can book with us via Booking.com via the button below.

You can also make a direct booking via info@bouteaque.nl.

We would like to receive your name, the day of arrival and the duration of your stay.

Don't forget your mobile number as we will send you further information!

Nice that you want to stay with us!